The boy with the dot in his name and the dubby background, started to play records with his buddy Apparat in the early 90s far in the darkest reaches of the ruff’n’tuff Harz mountains, in former East Germany. But it wasnt until they both moved to Berlin in early 2000 that he started to make a name for himself. Soon he started to crank out EPs on Californian label Cytrax and his newly found home Shitkatapult.

Phon.o’s heart as his mind feel most drawn to the bricolage. Conjuring his very own melange with sounds taken from hip hop, dub, baltimore, house, dubstep and techno Phon.o is known for his exstatic live and DJ-sets, sometimes leaning towards the digital and itchy, yet deeply moving and highly energetic. Phon.o deals fire and burned down many cities around the world – Europe, Asia, America – back and forth and gets rewarded with a residency at Berlin´s most notorious club known then for a music selection unparralleled in continental Europe.

With realeases and collaborations on highly praised outlets like Boysnoize Records, Bpitch Control and most recently Tectonic and 50WEAPONS where he also released his seminal album “Black Boulder”, he´s beem priviliged to work with some of electronic music greatest afficionados: Diplo, Modeselektor, Funkstörung, Mixhell, Apparat, Sinkane you name them. Continously working on advancing his sound even more Phon.o has been invited to show his skills in worldwide workshops by some of the worlds leading companies in music software, Native Instruments and Ableton and also regularly contributes to their products with crafted sounds of his own making.

In summer of 2016 Phon.o released another EP for Bpitch Control called “Fractions” – for those of his fans hailing the 4/4 edge of his groove. He is currently finishing the follow up to his brilliant stripped down UK club EP “Afterglow” for Pinch´s legendary label Tectonic. 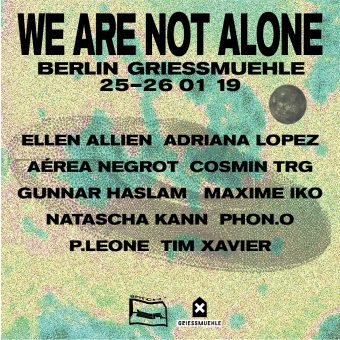 Running Order für We Are Not Alone @ Griessmühle 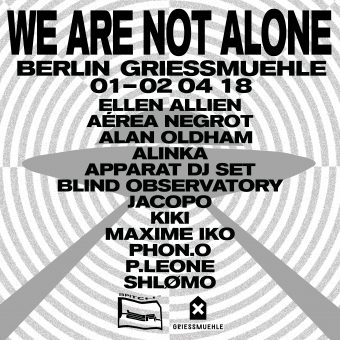 „We Are Not Alone“ at Griessmühle Berlin 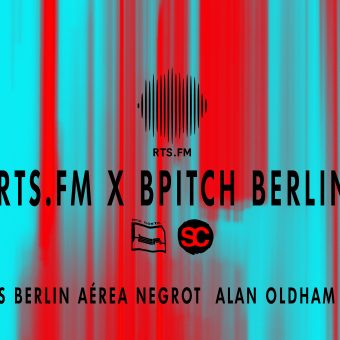 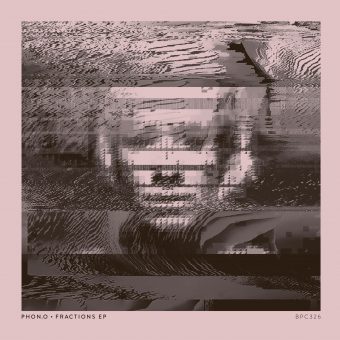 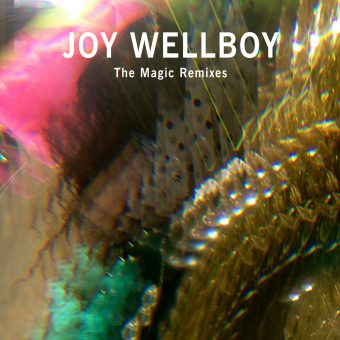