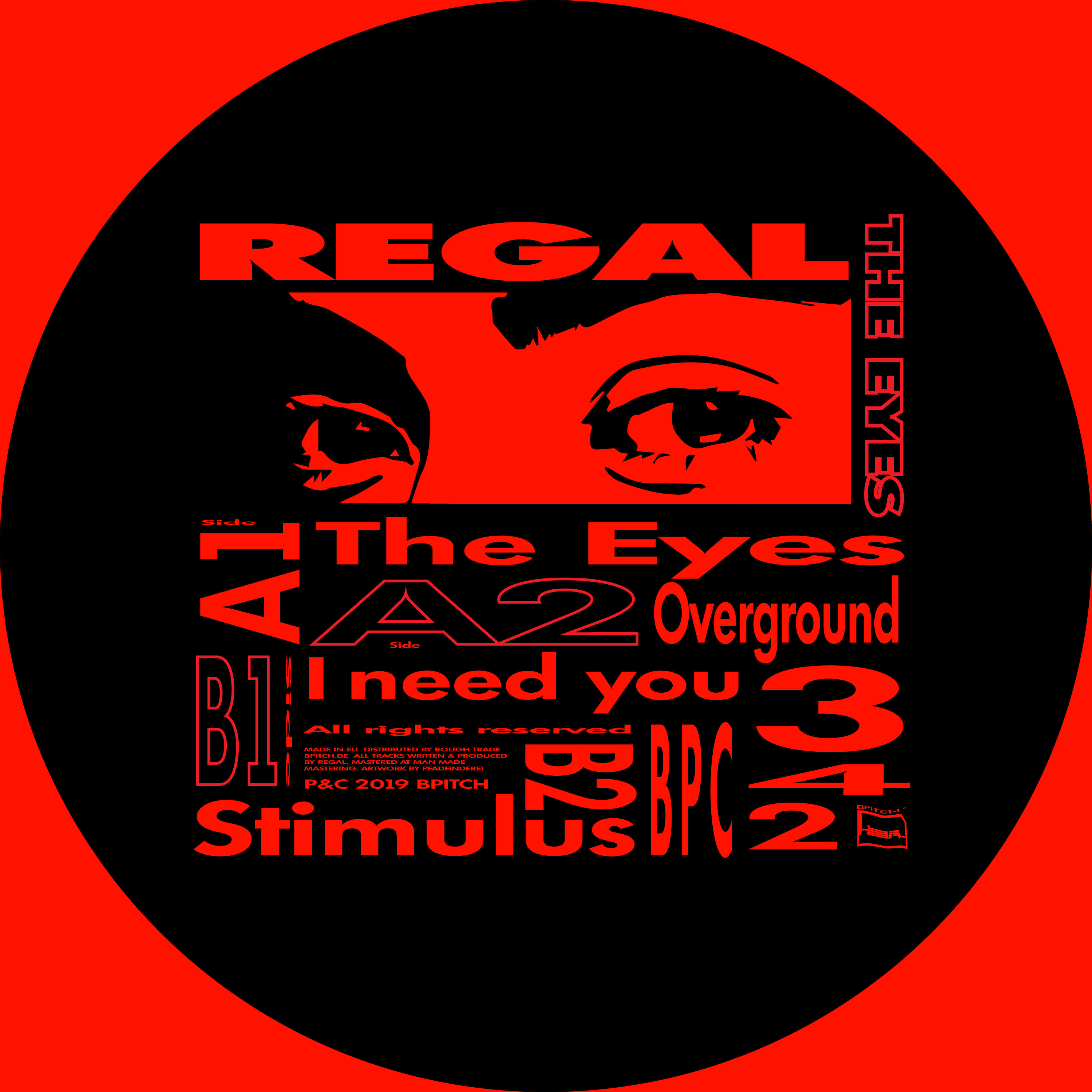 Regal debuts on BPitch Berlin with one of his rare releases outside his own Involve imprint. His »The Eyes« EP draws heavily on early hardcore and the powerful acid sound that has become the Spain-based producer’s signature style ever since he started making waves in the techno scene in 2012. Over the course of four tracks however, Gabriel Cassina showcases a previously unknown side of his abilities. More versatile, more experimental, and more stylistically diverse, »The Eyes« shows Regal at his most radical. If his past releases were dedicated to updating the sounds of the nineties for the present, his first offering on Ellen Allien’s label sees him heading straight for the future.

The breakneck title track alone will surprise even the most devoted Regal followers with an entirely di erent sound and style. Eschewing the mighty four-to-four thump that dominates most of his work, »The Eyes« is rhythmically closer to recent pieces like »Double Standard« but still sticks out from Regal’s vast discography. If you’ve ever wondered what an acid-infused early 90s hardcore track would sound like if Regal had produced it, here is your answer. It’s not like Cassina slows down when experimenting; on the contrary, he only picks up speed. »Fire left engine, fire right engine«, a voice commands at the beginning of the cheekily titled »Overground«, which then immediately launches us into outer space and towards rave ecstasy on a 140+ bpm backbeat.

»I Need You« opens the flip in typical hard-hitting Regal style but throws two elements in the ring that give this track an unusual spin. From beneath the murky, hoover-like chords, a glistening guitar melody slowly rises above the relentless groove. Intensifying more and more, it only serves as a preparation for the emotional turning point near the middle of the track, when a seemingly familiar voice intones the track name with soulful urgency. »I Need You« is an intense and raw piece of techno, both emotionally and sonically speaking. »Stimulus« brings about a welcome change in mood after this overwhelming experience: this is five and a half cathartic minutes of acid techno at its purest, informed by the likes of Cassina’s all-time hero Plastikman or nineties rave legends like Emmanuel Top. The backbeat-driven peak time energy of »Stimulus« offers exactly the kind of dark, cosmic sound that BPitch founder Ellen Allien has been leaning towards as a DJ recently, making it a perfectly tting closing track for Regal’s first release on the label.