If you’ve placed a finger on the pulse of electronic music at any point over the last five years, it’s safe to say you’ll have encountered Apparat in one form or another. Sascha Ring, the Berlin artist who records under that name, has been a restless force in contemporary electronic music for a decade. In that time he’s released three acclaimed Apparat albums – the fourth, The Devil’s Walk, arrives in the autumn of 2011 – and performed his intense live show in front of thousands at clubs and festivals around the world. Apparat inspires a passionate following, to say the least: in just a few weeks, Sascha’s new track “Ash/Black Veil” has notched up 90,000 plays on Soundcloud.

Broadly speaking, Sascha, a tousle-haired, slightly dandyish figure and an expert programmer, produces richly textured, emotional electronica and heavy sci-fi soul. The missing link between Steve Reich and Radiohead, Apparat brings the kind of euphoric melancholy that impels you to punch the air with joy while tears stream down your cheeks. “The only thing you can do with the records I make is to try to somehow move people, to make them feel something,” says Sascha.

The Devil’s Walk, its title a nod to Shelley’s 1812 satirical poem of the same name, is the album on which Sascha grows up and raises his game. Having released his earlier records on cult electronics label Shitkatapult, where he worked for a number of years, this album is his first for Mute. And if his last one, 2007’s Walls, hinted at a move away from the heat of the dancefloor, The Devil’s Walk, with its cool, contemplative dream-pop and bruise-tender Sigur Rós texture, makes that explicit.

To some, Sascha will be better known as a member of Moderat, the gonzo electro supergroup consisting of him and his maverick pals Modeselektor. Their longheld Berlin bromance produced an acclaimed album in 2009, and in March this year Moderat played the last show of a riotous world tour at the Bloc Weekend festival. Thom Yorke adored that record and invited Moderat to support Radiohead. Others might recall, back in 2006, the dizzy synths of Orchestra of Bubbles, Sascha’s tuneful collaboration with fellow Berlin producer Ellen Allien.

For someone whose first love is techno – as a teenager in small-town east Germany he dived headfirst into the mid-’90s rave scene and never looked back – Sascha’s most trusted instrument was the computer. “I was always on the hunt for interesting sounds, electronic sounds,” he says. “But at some point, when everything got computerised and there was a plug-in for every sound, it felt like this whole thing is done and there isn’t much new sound to experience. So I started getting more interested in the old-school ‘songs’ thing.”

And so Sascha’s learned to compose on a wider range of ‘real’ instruments, which partly accounts for the traditional feel and undeniable warmth of The Devil’s Walk. “There’s a lot of computer stuff on the record, but it didn’t start in an electronic way. I have a piano and guitar at home, which I don’t play well, and sometimes the songs appear and so I record a crappy version at home and then I go to the studio and start working on it on a computer. In the past when I used real instruments it was the other way around.”

Though reluctant to elaborate on new songs such as “Song of Los”, “Black Water” or “Escape”, he’s keen to stress that these epic ballads, which are sung by Sascha, are not the work of a troubled man. “There’s definitely a theme to it, I just don’t want to say what everyone always says, which is: “It’s a very personal record.” Every song is about a single situation I experienced with a special person. That’s just where I got my ideas from. Sometimes you have a crazy weekend, you wake up on a Monday or Tuesday, and you recall something. Maybe it’s just sitting in a car with someone and for some reason you think about that.”

So the record’s about girls? “Yes, obviously the album is all about girls. Not such a special theme.”

One number Sascha doesn’t sing is “Goodbye”. For this he asked his friend Anja Plaschg, the young Austrian musician who records as Soap&Skin, whom he’s known for four years. He disliked the version of the song with his own vocals, and then he had the idea to send the song to Anja. “The next morning she sent me back her vocals and she was like, ‘Thank you, thank you! I really needed some inspiration.’ A very interesting, lucky situation.”

The Devil’s Walk began to take shape when Sascha was in Mexico at the start of 2010. On a break from the Moderat tour, he spent a couple of months on a working holiday in the west coast town of Sayulita with regular collaborators Joshua Eustis (of Telefon Tel Aviv) and Fredo Nogueira. “Normally I need a standard studio but in Mexico I learned to work on a laptop. We built a little bit of a studio for the drumkit and guitar and, maybe because I was working on songs, it just seemed to work out. It was a really good experience.”

Tanned and confident, he returned to Berlin thinking he had a whole album ready. Then he listened to it and realised that this was not the record he wanted to make. “It was way more electronic than the version you have now. I decided to rework it and that took one more year.”

Not only that, but when Sascha got home he found he had writer’s block and struggled to compose anything worthwhile for three or four months. “I was sitting around waiting for inspiration to come. It was a depressing time,” he says. “I felt like I’d used all my inspiration when I was in Mexico.”

A lifeline of sorts came in the form of an offer to put together a mix for K7’s DJ Kicks series. For this, Sascha could at least be creative with his mixing and he had a legitimate excuse to scour Beatport for the latest tracks, hoovering up new jams by the likes of Joy Orbison and Ramadanman. What’s more, nestled among cuts by Burial, Thom Yorke and Pantha De Prince was a new Apparat track, “Sayulita”, reworked from the Mexican session. “This was the first mix I’d done since I was 16,” he says, “it’s a résumé for the club chapter in my life.”

With his DJ pal Skate, Sascha embarked on a ten-date DJ jaunt around Europe, vowing to complete the Apparat album when he got back to Berlin. “I had 60 song ideas on my harddrive and I maybe managed to find six ideas I wanted to use for the album, so I still had to make new music at the end of last year.”

Informed as much by the Cure, Roxy Music and Cocteau Twins as James Blake and Four Tet, Sascha recorded The Devil’s Walk in his Berlin studio, a short walk from his apartment. After that Mexican slump, he was introduced to – and quickly inspired by – Patrick “Nackt” Christensen, formerly of Berlin electro-goth outfit Warren Suicide, who became Sascha’s co-producer. “He plays every instrument and has a very good feeling for not doing the obvious thing every time.”

Some numbers, such as “Ash/Black Veil” and “Your House is My World”, began life strummed on an ukelele, which Sascha and Nackt layered and layered until the songs virtually wrote itself. “You have these rare moments when you go to the studio and you start working on something and then instantly you go into a trance. Suddenly you wake up after hours and you’ve almost completed something.”

Having furnished the tracks with guitars, drums, keyboards and whatever else was lying around the studio, the natural progression is for Sascha to perform these new Apparat songs (and some older ones) with a live band. No longer a solo affair, Apparat is now a four-piece. “It’s hard to transform a computer record for the stage and that’s why I’m happy Nackt’s with me in the band. Finally I have a new project and everything is new. With a band things are different – it doesn’t feel like a step backwards.”

The album’s title is not just a reference to Shelley’s social critique, which, 200 years on, still manages to stir Sascha’s political sensibility; The Devil’s Walk also alludes to Apparat’s Mexican summer, when Sascha learned about the country’s attitude to the dead. “Skulls and death have a different meaning in Mexico. People celebrate funerals and I found that interesting, so I wanted to make this theme of the record and artwork.”

In the past, Sascha has been an outspoken voice online. Would he describe himself as a political artist? “Of course, I have opinions and I get upset when I read newspapers, but I’m trying to keep that out of my world. I wouldn’t write lyrics about political topics. For this record, I wanted to have it somewhere in the artwork, but not in an obvious way.”

You prefer to express yourself on Twitter? “Well, I’m trying to not use that too much because a lot of times you regret it. You get angry and instantly write something, which is good because its true, but it always causes a lot of discussion and sometimes you don’t want to discuss everything.”

In any case, all you could want to know about Sascha Ring and Apparat is in this tremendous record. The devil isn’t just in the details, he’s locked into every groove. And with Sascha at the controls, he’s certainly got all the best tunes. 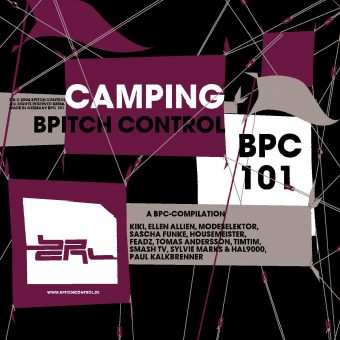 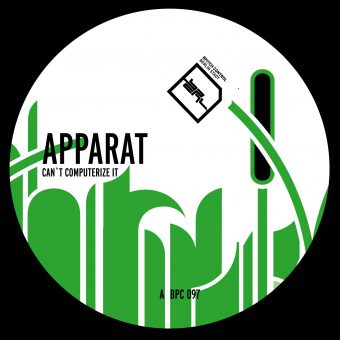 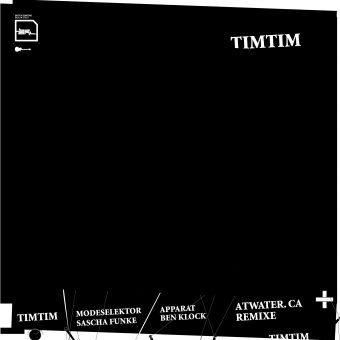 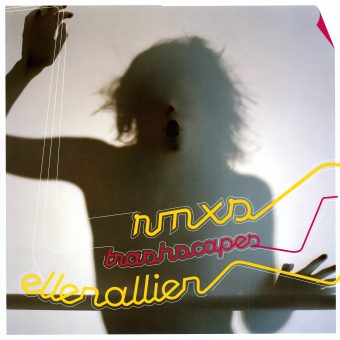 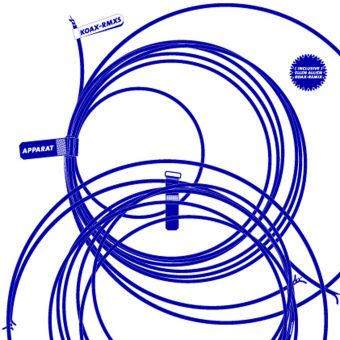 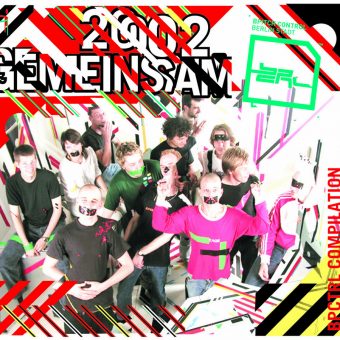 Apparat's Summer '87 Podcast (Resident Advisor 326) by apparat
Load audio
By clicking the Load button, you accept the use of social media cookies. Or alternatively listen directly on SoundCloud