we started making this record in early 2007, without a very specific direction. we knew that it would be created almost entirely with analog synths, and that we were ready to burn the rhodes. a disinterest in guitars followed quickly – they do not appear on the record at all, which is a strange thing for us. we slowly began the process of writing the songs, lazily, for nearly a year, while working on other music and playing some one-off shows which were mostly in support of the remix record which came out in may 07. this was the first time that we actually demoed the songs first, performed them live, etc. we concentrated first on obvious things like lyrics and melodies, thinking that we’d add the scattered electronic flourishes later. admittedly, a creeping suspicion arose in our minds that perhaps we wouldn’t go through with it again. we realize that we are strange for thinking that the most basic approach to making music is, well, strange.

at the very start of 2008, we looked at what we had, and realized that it was a record, with almost all of the writing done. we began the actual production of the record in january and completed it in april – again, lazily, as we were both working on other things here and there, and dealing with life and its myriad problems (both personal and global), exacerbated by the chicago winter. we finished nine songs, and with the help of friends, realized we needed one more to anchor it. a lyrical idea was brought to the table which spawned “helen of troy”. we knew then, after completing this song, that we were in fact finished with our record.

we also realized that without thinking about it, so much of our sound had changed, or been forsaken; left on the side of the road to wither in the sun. gone are all of the high-definition micro-edit minutiae in favor of a new approach to texture for us – long form. the arrival of a tape machine in our studio gave way to experiments that are decades old in practice but entirely new to us – creating loops of drums, string synths, etc., running them around microphone stands in the studio, and striping them back against themselves – timing off, tuning suspect, noise abundant, texture rich. so our attention to detail strayed from the micro and wandered into the macro – for example, things such as the tape loops of church music that i found with turk dietrich of belong, on an old reel that was given to him that neither of us had ever had the presence of mind to listen to in all these years, until this ripe time came upon us.

the record is still entirely telefon tel aviv, but through a cross-processed filter; saturated, grainy, distorted, dusty, distressed. the whole idea of modern sounds in an outdated setting became the sonic focal point of the whole record, and almost instinctually so. our meters were buried throughout the most reactionary and speedy mixdown of either of our careers. to use a hackneyed axiom as our own, we weren’t thinking – we were feeling. but it was in the dark without a torch, and running full speed for the nearest wall or the deepest unseen precipice.

the subject matter this time around is still based in what songs have been based in for decades – relationships, self-loathing, disgust, fear, beauty, wonder, and awe. the way they are treated is entirely new for us – in lieu of looking back wistfully or longingly, we felt that we were living it exactly as we were writing it, and that if we kept at whatever destructive lifestyles had nearly engulfed us, we would be destroyed. this is how inspiration arises for some musicians – for charlie, specifically, it’s the wonder or terror of the moment that strikes him dumb with ideas and makes him reach for a napkin and a pen. for me, it always comes later, in the form of a dream – sometimes waking, but it is never a conscious moment or a decision. it is always the result of a semi-lucid state – half asleep, 5 a.m., sleepwalking, restless ideas of sine waves yelling in my mind. i knew i was out on the wolds and the storm was coming and i had to make a tree for shelter or i would perish in the torrents, while charlie looked over the brink and considered another way out. 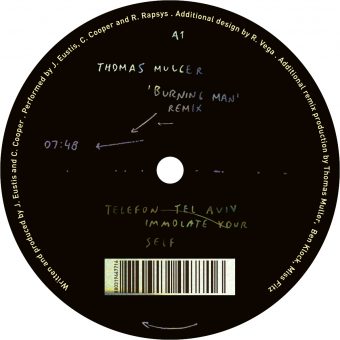 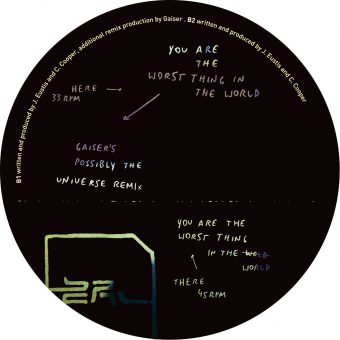 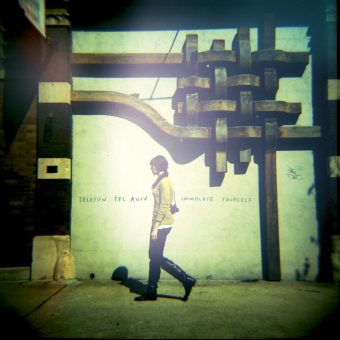 TTA Breakfast mix by Telefon Tel Aviv
Load audio
By clicking the Load button, you accept the use of social media cookies. Or alternatively listen directly on SoundCloud